8 Reasons Why Your Business Shouldn’t Have a Mobile App 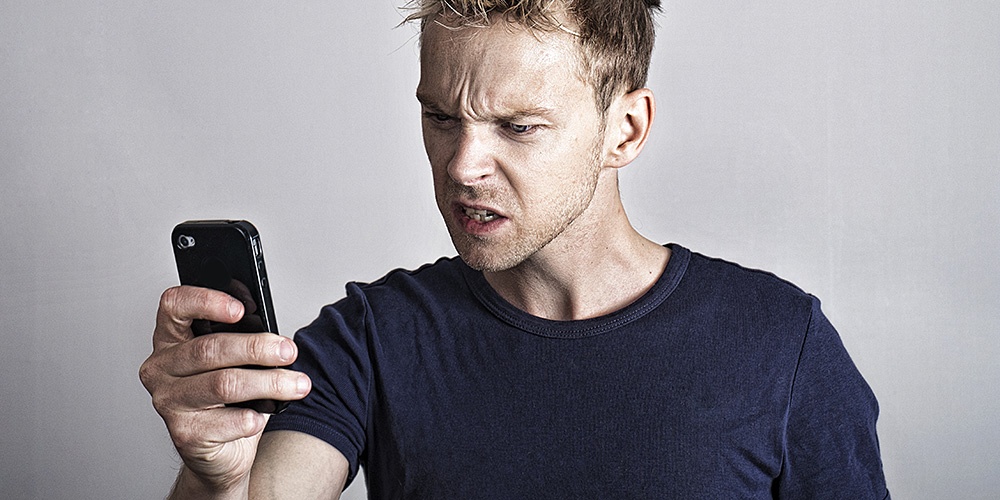 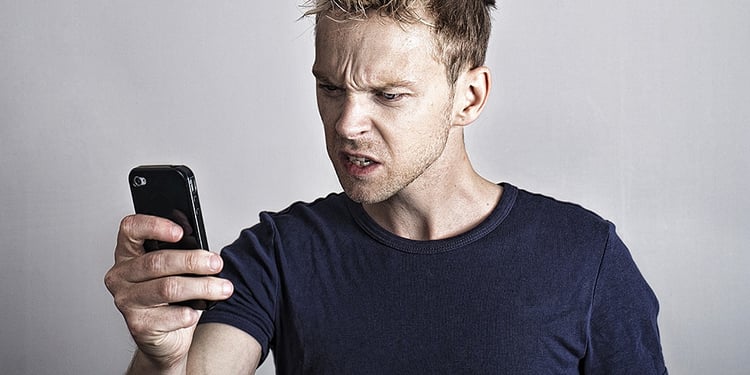 Almost every week I hear from an entrepreneur looking to have a custom mobile app created.
Most of the time, I talk them out of it.
It's for their own good. I fully understand the allure of owning a mobile app, and it's hard to beat the adrenaline rush when a client’s new iPhone or Android app appears in the store.
But for all the glory of being your poker club’s own Mark Zuckerberg, here are eight good reasons why few businesses should take the plunge and invest in a custom mobile app:

To properly create a Minimum Viable Product (MVP), you’re looking at tens to hundreds of thousands of dollars. There are ways to do it on the cheap, but the result is invariably junk that nobody will download (more on that later), if the app stores even accept it. Application development is a complex process, involving structured discovery, design, development and deployment phases. We need to do the market analysis and planning, then design the brand, the interface and every conceivable turn within the user experience. After that, we develop all the code, test the heck out of it on a wide range of device builds, and thoroughly debug before submitting to the app stores. We’re talking hundreds of hours, and that’s seriously just the beginning.

With every release of a new phone, tablet or operating system, your app will need to be tested and probably upgraded. Apple has launched a beta version of next iOS? Time for your developer and QA team to resume logging billable hours seeing what bugs will emerge and rallying for fixes. New tablet model with a different aspect ratio or resolution? You may need to rebuild for that. Every time, the testing and debugging process starts over. It’s also important to remember that all good apps continue to evolve over time to keep up with trends and stay ahead of competitors.

3. The world already has way too many mobile apps

As of the most recent stats, Apple’s iOS App Store has 1.4 million mobile apps, and the Google Play store has 1.43 million. That may sound awesome, but it's a mind-boggling amount of competition. The vast majority of those apps are redundant, useless and unused. Every great new app has to claw its way to the top of all the bad ones, so yours will need to be promoted and marketed, which can cost a lot of money. If your app is truly unique, fun to use, well branded, and really has the potential to change the world, it might succeed by publicity and word of mouth, but the odds are stacked against you. Remember, meteoric success was on the business plan of a million other app creators.

4. Mobile app users are too fragmented

If your plan is to develop an app for everyone, you need to do it for iOS, Android, and possibly Windows Phone and Blackberry. Even if you rule out the latter two for their small share of the market, device users are split almost 50/50 between iOS and Android. Android boasts double the downloads (attributed to its affordability in developing countries), yet Apple gets twice as much revenue, so it can be tough to choose just one. If you want more than half the market, you need to build and perfect a mobile app for both Android and iOS.

With such a crazy number of apps in existence, most viable ideas have been executed already. People are often surprised to find what they thought was brilliantly original and revolutionary is actually replicated in a handful of existing apps that no one is bothering to download. If you’ve identified a need, chances are there’s already an app (or three) for that. Conversely, if your idea is nowhere to be found in app stores, it probably is quite original! And if the only versions out there are poorly executed, there could be an opportunity to be first to do it right. A couple hours of research and trying out potential competitors can be a valuable use of your time.

6. A third party will control your destiny

When you submit an app to Apple, Google, Microsoft or Blackberry, you’re handing that big corporation a lot of power over you. Because it’s built using their Software Development Kit (SDK), they technically own it. Their store can reject your app for any reason they see fit, and reserve the right to punt it at any time, essentially killing your app on that platform (especially if it’s iOS) and leaving your customers stranded—even if millions need it to buy your product. I once had a client's app in review for more than a year, and resubmitted it nearly a dozen times, stabbing in the dark to satisfy a series of cryptic, ever-changing requirements. Apple finally approved it, but only after many of the best features had been stripped away. The app was still the first ever in its industry, but the released version was a shadow of its former self.

At the dawn of smartphone apps, device owners adventurously installed every free app that looked remotely interesting. Today, that's a much tougher crowd. Most smartphone owners grew weary years ago of having a junked-up phone, or of seeing their purchase history stacked with apps they tried for momentarily before deleting. So getting customers to download and try your app is has become an uphill battle. If you build it, few will come. And one in five Android and iOS apps downloaded are deleted after just one use.

It’s sad how few mobile apps generate a return on investment for the brilliant entrepreneurs responsible for their existence, for all the reasons above, and because all the app stores take one-third of all revenue right off the top. If you’ve sunk two hundred grand in development, you’ll need $260K in sales to break even. (A small upside to my fellow Canadians: the devalued loonie works in your favour with sales through Apple and Google.) But the harsh reality is that less than 1% of mobile apps are financially successful.

For businesses looking at an app as a marketing tool, it's important to analyze the business case for having one developed, measuring the potential value against the many costs. Even companies with deep pockets should look beyond the sexiness of an app to set an ROI target, and assess the likelihood of achieving it. How many customers will really download and use it? How many sales will it take to pay for the app's development, promotion, and ongoing support? Is it a still a good idea? Sometimes the answer is "yes," but often not.
Most of the upsides to a branded app are sometimes not completely tangible in terms of ROI. Having one can give your sales team something to talk about (at least once to each customer or prospect). It can be a differentiator, demonstrating that your brand is tech-savvy, while helping it connect with millennials. An app might make it easier to purchase your product or to access important buying or specification information. It can generate buzz in your industry. And it might even be good for corporate pride—as well as the CEO's ego. Whether or not those benefits are enough is a tough call. Hint: if you still really want a mobile app, don’t ask your comptroller to take part in the assessment.

So if not a mobile app, then what?

There are other ways you can enable clients to execute most app functions directly from their smartphone browser, even those that require device or operating system resources like GPS, the gyroscope and contacts. With modern responsive web design, the beauty is that it can be done in a single universal web app that will work on all devices (including desktop) and be supported in just one place—with no downloading. User testing is still essential, but is much more streamlined to do through the browser, and aside from payment processing fees, the revenue is all yours.
Web apps can often be packaged into standalone apps and made available on app stores. It’s possibly a little less glamourous, but can mitigate some of the other risks and vulnerabilities. In many cases, this is a good option until the app has proven itself in the marketplace. Several of the most popular mobile apps ever (Facebook, Twitter, Google Maps, Pinterest, Netflix, The Weather Channel and others) started out as web applications.
Standalone mobile apps still have their place, and we all have a few we can’t imagine living without. And for some business models, there is simply no better way to reach and engage the target audience. But for the vast majority of businesses, there are far smarter and lower-risk ways than a custom mobile app to help, impress, and acquire customers.
Interested in developing a responsive website or web app? Book your free, one-on-one Website Planning Boot Camp by clicking the pink button below!

Laurier Mandin is the president and lead consultant at Graphos, the world-class Downtown Edmonton web design, inbound marketing and branding agency he founded in 1993.

Posted by Laurier Mandin on February 3, 2016